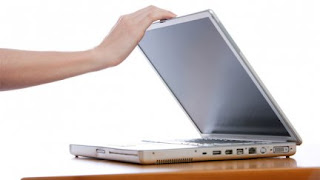 My Google Reader groaned under the weight of 1,000+ unread articles. My Facebook and Twitter streams were bursting at the seams. Dozens of emails poured in each hour.

That was my life three months ago, and you probably know what it’s like. Modern new media is certainly powerful, but it can also be very overwhelming. After years of engaging online I began to feel like this digital overload was more like a Digital Overlord, ruling my thoughts and demanding more and more time and energy.

So, following the example of Jen Fulwiler, I unplugged for a week.

For seven days I cut myself off from email, Facebook, Twitter, YouTube, blogs, and all other digital tethers. I still had to use the Internet for work, but it was few and far between, and unrelated to my primary vices of social media and blogs.

When the end of the week came, I was surprised at how easy it was. Sure, I fought urges to check-Facebook-real-quick, but it wasn’t as torturous as I imagined. The break was somewhat leisurely and gave me some good time to reflect on my relationship to technology.

Here were the most important lessons I learned:

My biggest fear was that I would miss some revolutionary insight on the Internet and therefore live an inferior life. Yet my greatest lesson during the fast was this:

I can live a vivacious, purposeful life without ever going online—I don’t need the Internet.

Not terribly novel, I know, and I’m aware that millions of people for millions of years have proved this true, but for me it was a huge realization. Before the week I felt like Facebook, blogs, Twitter, and YouTube were a necessary part of my day. I would start to get frustrated and moody if I missed them for too long which meant to a certain extent, I was enslaved.

But slowly throughout the week I felt the slave-chains fall off. And by the end, I felt truly detached. I’m often amazed at how stepping away from something can allow you to see how tight its grip really is. I’ve seen it in my own life with food, drink, television, and now the Internet. When you step back and realize, “Internet, I don’t need you“, then you’re free. And that’s deeply liberating.

2. The Internet doesn’t need me.
Besides addiction, another online vice I was trying to remedy was pride. It was tempting to think that if I took a week off from the Internet, the whole thing would fall apart. Without my insightful comments, witty banter, and compelling book reviews, I was sure that the FCC would decide that the Internet was no longer helpful and would just pull the plug.

That didn’t happen. The Internet puttered through the week without a hitch, and in fact when I returned, I discovered that more than a few friends didn’t even know I was gone.

Four hundred years after Copernicus, my own fasting experiment helped me re-discover his shocking insight: the (online) world doesn’t revolve around me. It’s good to know that some people depend on me–my wife, my kids, my coworkers. But to realize that I’m just “one blogger among many” was, again, very liberating.

3. My family is more fun than the Internet.
I already knew that my family was more important than the Internet. But my digital fast reminded me that they are also more fun. Before the fast, if I wanted a good laugh or some relaxing down time, I’d fire up my laptop.

Yet my offline week freed me up for better things like this (filmed during my fast):

4. I don’t do what I love.
Jon Acuff recently wrote an awesome post where he asked the question, “what do I feel called to do, and why am I not doing it?” My time off caused me to reflect on that quandary, especially the first part: what is my calling? I wanted to find that place where, in the words of Frederick Buechner, “my deep gladness and the world’s great hunger meet.”

And here’s what I found: my deep gladness involves my wife and my kids, reading and discussing good books, and reflecting on God and his Church. Notice what’s not on the list–reading hundreds of blog posts, posting witty tweets, or browsing my Facebook news feed.

My Internet fast revealed the sobering reality that I rarely do what I love. Instead of sitting in a comfy chair at night to read a book for an hour, I scan through a hundred irrelevant blog posts. Instead of praying, I fire up Facebook. Instead of playing with my kids, I send text messages and watch YouTube videos.

If nothing else, the digital fast realigned my priorities. Now when I open my computer I think, “tomorrow, when I look back at this moment, would I have wished I was doing something else?”

Often, the answer is yes. And then my laptop slowly closes.

5. There’s great conversation online.
Many people dismiss new media for being shallow and base. For instance, I can’t tell you how many times I’ve heard something like, “Why would I care what someone ate for breakfast?” And I get that. I’m with you. I don’t care what people had for breakfast, either.

What many people miss, however, is the rich discussions all across the Internet, from comment boxes, to Twitter chats, to Google+ hangouts, and more. I really undervalued this until I disconnected.

Sure, you’ll run into some that are vulgar, vitriolic, and filled with mindless spam. Plenty of others, though, are brilliant. I realized that one of my favorite parts of the Internet is finding intelligent people from all sorts of backgrounds to discuss real, important ideas–things like faith, art, morals, and culture. Offline, it’s much more difficult to have meaningful discussions with groups of people.

So there are some things I learned in my week off. How about you? Have you ever intentionally disconnected from the Internet? If so, what did you learn? If not, have you considered doing it?